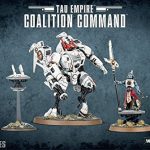 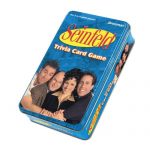 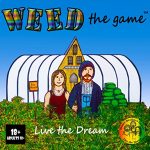 Little is known of the Tau Ethereal caste, appearing as shrouded, enigmatic figures that eschew the advanced equipment favoured by the Tau Fire caste. Supported by a Tau Commander, piloting a huge battlesuit brimming with powerful weaponry and sensory instruments, the Ethereal oversees and leads the forces of the Tau into battle, using quick wits and genius tactics to spread the message of the Greater Good across the galaxy. This box set, the Tau Empire Coalition Command, combines two of the Tau’s finest – the Ethereal and the Commander. The Commander can be built as either the XV85 Enforcer Armour Crisis Battlesuit or the XV86 Coldstar Battlesuit variations, and includes a drone – assemble this as a gun, marker or shield drone!