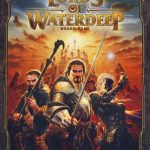 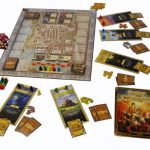 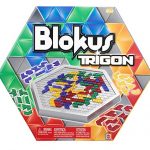 Blokus Trigon Board Game, Family Game for Kids and Adults, Use Strategy to Block Your Opponent, Easy to Learn​​​
0 out of 5

An exciting Euro-style board game set in Waterdeep, the greatest city and jewel of the Forgotten Realms
This immersive game casts players as Lords of Waterdeep who hire adventurers to complete quests
Game play: 1 hour

Waterdeep, the City of Splendors–the most resplendent jewel in the Forgotten Realms, and a den of political intrigue and shady back-alley dealings. In this game, the players are powerful lords vying for control of this great city. Its treasures and resources are ripe for the taking, and that which cannot be gained through trickery and negotiation must be taken by force!

Lords of Waterdeep is a Euro-style board game for 2-5 players.